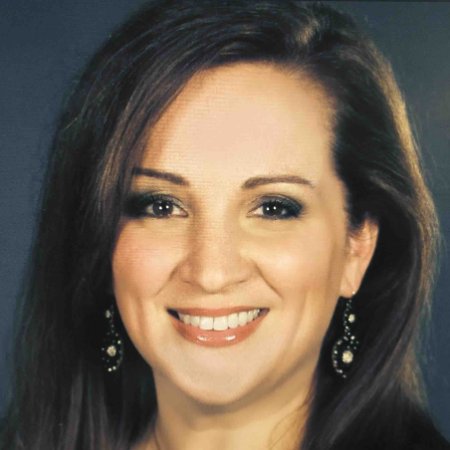 KellyFrankGreen.com was created for one of my classes. I haven't been great about keeping it up but I enjoyed doing it during the class. I love to write. The more I advance in my field, the more I get away from writing. Having this blog was a chance to get back in touch with that. I really should keep it going!

I oversee the news operation for the CBS affiliate in Columbus, Ohio. It's a full multiplatform world where I oversee broadcast, digital and social news. I have an incredible team of journalists who I work alongside. We are navigating our industry through its ever-evolving ways day in and day out. This really is an exciting time to be a journalist.

Playing in my Oculus Rift, puzzling with my little girls, collecting pocket watches, Yoga (Is the pursuit of the best cup of coffee and the finest glass of wine a hobby?!) --If so, count that!

I am the director of news and digital content for the CBS News affiliate in Columbus, Ohio. I oversee content across all of platforms: television, digital and social media. In my short year and a half here, my team has won 33 awards recognizing our journalism including three Edward R. Murrow awards.

I am proudly part of the team that won three Peabody Awards for coverage of the 2008 election, the 2010 Gulf Oil spill and coverage of the Arab Spring. Over the years I produced and executive produced for network affiliates in Washington DC, Phoenix and Milwaukee. During my career, I’ve had the chance to do amazing things like sky dive over northern California, scuba dive the Great Barrier Reef, witness the opening of the first western news production center in the Middle East (CNN in Abu Dhabi), spend time with Buddhist monks in Hong Kong, hike the Sydney Bridge and meet world and religious leaders. The light of my life though is my family. My partner Katherine is a fellow Gator alum and we have two daughters, Gracen (4) and Avery (3).

I have loved every minute of this program. Each class brought a new challenge and forced me to think differently. I am not a marketer but had the opportunity in multiple classes to experiment as one. Every professor/instructor I had and every classmate I worked in the trenches with were so supportive. I loved how easily we would connect in social spaces, exchange ideas in class discussion and just support each other through big projects. On a really personal note, I am probably most proud that I have been able to sustain a 4.0 with two toddlers, a long-distance move and a new job. Thanks to my very supportive family and colleagues.

I chose to attend UF because…

It was a one-of-a-kind program that I could do on my time while navigating my career. I am in a high-stress, high-demand operation and I wanted something that would keep me at the top of my game. Critical though, was the flexibility. This program made it easy to customize it to my busy life.

My favorite thing about UF was…

The people. Hands down. Great teachers and great classmates. When I first joined, I thought this would feel isolated but it was anything but. I found that I engaged with classmates not only during class but on Facebook, Twitter and Instagram. You actually create friendships with people you’ve never met. I even had one classmate invite me to meet her and her friends for a bachelorette weekend even though we never met in person! I was so touched and so surprised by how easy it was to really connect with fellow students. Their support helps keep you motivated during the times you just don’t want to post to another discussion board!! 🙂

I use my degree in my professional life by…

There are many hands on, tactical things I use from reading analytics to the construction of a social post. There are many intangible things that come from this program as well. I approach our social journalism through the lens of a brand now. I think about our tonal voice and keeping in consistent. Critical and ethical thinking were a big part of this program that I use every day.

My favorite class was…

My favorite professor was…

I have to pick one? Many for different reasons!

If I could have dinner with anyone, I would choose…

Pierre Edward & Florence Wray: My grandparents. I have so much I want to ask them about that I just never did and wish I could.

If I knew I could not fail, I would…

If money was not an issue, I would love to…

Move to Maui…buy a spot on Paia, surf, eat, drink, watch my family grow & be joyful.
Do you want more information? Contact Us!